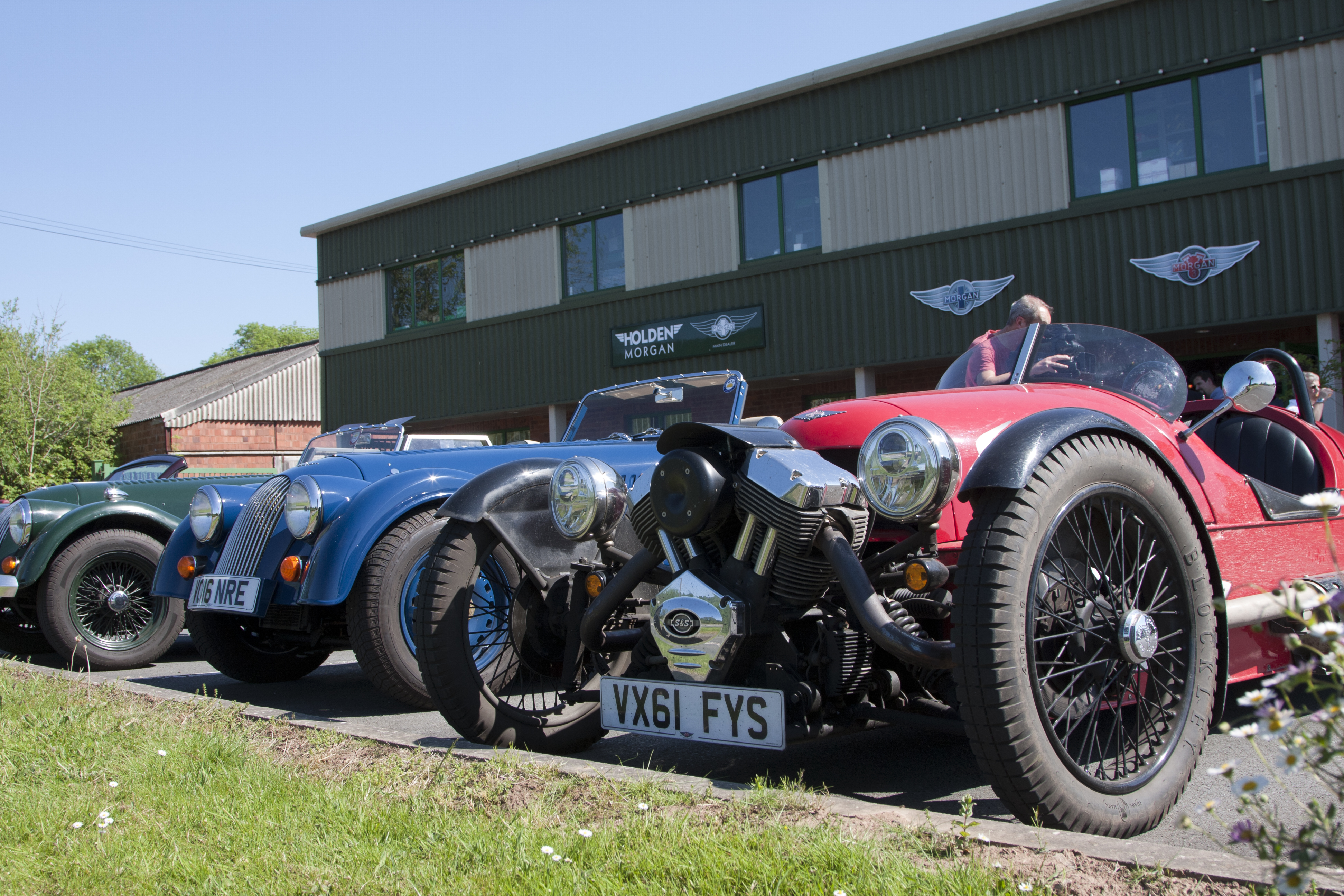 On 26th May, more than 100 Morgan enthusiasts gathered at the brand new premises of Holden-Morgan to celebrate its launch.

Holden Vintage & Classic and Morgan Motors have enjoyed a long-lasting relationship that’s spun 4 decades, starting in the 1970s when Jeremy Holden and his father met with Peter Morgan to discuss a bumper that Holden had produced. Following this, a close business relationship ensued; and with the Morgan factory being only a short drive from the Holden premises in the historic motoring town of Bromyard, it was completely fitting that the two companies should eventually join forces.

…And join forces they did! In April 2017, HoldenMorgan was born, and the launch proved only too well how much love there is still for the Morgan car throughout Bromyard and beyond.

The event was opened by Bromyard town crier Peder Nielsen at 3pm on a hot and sunny afternoon. The Holden car park was lined with shiny Morgans and in the showroom, the prosecco was flowing. Guests also enjoyed refreshingly cold bottles of Holden’s very own Plus 8 beer, created especially for the occasion.

Following the arrival of the guests, Jeremy Holden, owner of HoldenMorgan, Dennis De Roos, Commercial Director and Katie Turner, General Manager, delivered a number of informative speeches about the history of the Holden Morgan relationship and exciting ventures ahead, before guests were able to roam the premises and enjoy the atmosphere.
Also in attendance was Councillor Fred Clark (the Mayor of Bromyard), Morgan’s purchasing director Gregor Dixon-Smith, and a number of tour guides from the Morgan factory – as well as Granville and Christine Orange, Holden Morgans very first customers who both became the proud owners of a MOG 3W!

Jeremy Holden said, “We are thrilled with the turnout at the launch of HoldenMorgan and the day couldn’t have gone any better. It was wonderful seeing so many Morgan enthusiasts together in one place, especially on such a beautiful sunny day. Even a number of unsuspecting visitors who turned up to the Holden Vintage & Classic shop for some engine oil ended up joining in with the occasion, leaving with a Holden Plus 8 beer in hand!

We have much to look forward to, and I’d like to thank the team at HoldenMorgan, as well as everyone who attended, for making the occasion a memorable one.