Jeremy’s model (The AHP 294B) features the original Ford 4.2 Litre V8 engine. It made its debut at the 1964 Geneva Rally, just three months after it was registered, where ‘Tiny’ Lewis and Barry Hughes took the controls and edged the car to victory. Heralded as the most campaigned of the seven Tiger models, highlights for this particular car include being driven by Maurice Gatsonides in the 1965 Monte Carlo Rally, as well as by Peter Harper in the 1966 Monte. Other successes include a spell of endurance racing at the Zandvoort circuit, shattering Dutch National Records in three, six, 12 and 24 hour categories where it averaged a speed of 75.47mph over the course of 23 hours, despite regularly pulling into the pit lane to be topped up with water. The car so impressed Gatsonides that he christened it “Thunderbus”. In 1965, AHP was forced to retire from the Alpine Rally when the car caught fire. A rear brake shoe failed and the resulting debris damaged the hydraulics sending a jet of highly flammable brake fluid onto a hot brake drum with inevitable results. In the ensuing blaze, all the fire extinguishers were used up to quell the flames and the resulting damage is part of the reason why the car was returned to the Competition Department at Rootes for a full rebuild.

Despite lying unused in the 70’s & 80’s and being prepared for classic rallying in the early 1990’s, a full (FIA spec) rebuild by HardyHall Restorations was needed. AHP is now in fine fettle and still retains many period competition features including the 288 limited slip diff, the long-range saddle tank fitted in the boot, quick-rack steering, the original works hardtop badged “1966 Marathon de la Route”, period Halda rally instruments and the fly-off handbrake specially made for Peter Harper to aid his cornering technique. Indeed all the interior trim is original, including the driver’s seat which was specially tailored to suit Peter Harper’s long-shanked frame. The car has undergone restoration and Jeremy is looking forward to competing in it at the Tour Britannia Race Series this month.

Last night I encountered a “that’s not very good” moment. The last 2 bits to strip from inside…

Good Morning,  As we slowly start to bring members of our team back to work we’ve been able… 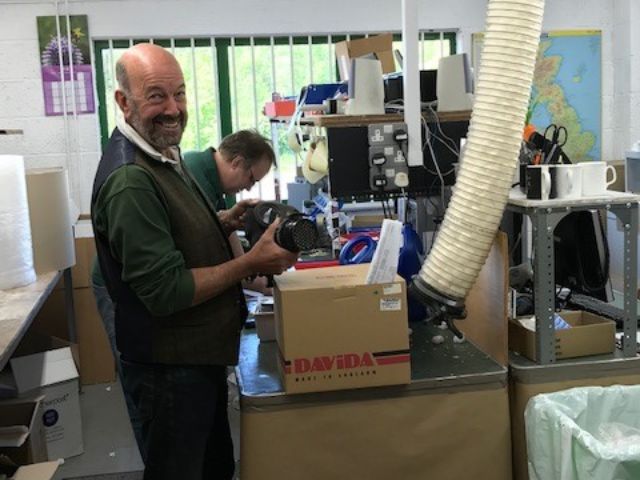 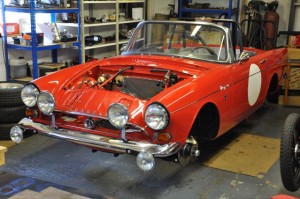