Well done to Fred and Finn, who finished their Land’s End to John o’Groats run on the all electric ‘Charging Bullet’ (www.charging-bullet.co.uk) just last week.

They send their thanks to anyone who helped fund the expedition through their crowdfunding campaign, you should have been receiving detailed updates as the adventure progressed but for anyone who hasn’t been keeping up to date; it went pretty well!

Departing from Land’s End they found their first stop was for lunch, rather than to charge the bike; something of a relief as delays toward the end of the build had meant only a hundred miles of testing. The real-world range is about 50 miles, although the bike is based on first-generation Nissan Leaf batteries and upgrading to modern equivalents would easily bring that up to 70. That’s only five years of progress in the electric world!

Their adventure took them up over Dartmoor to Somerset, where they called in to the first of many contributors. While on the road, film maker Finn Varney (http://www.finnvarney.co.uk) will not only be documenting the bike’s progress but recording the state of change in the transport industry as a whole, as people work towards a system that is truly sustainable. This first visit was to Ariel, known for their nimble sports cars rather than fuel sipping hatchbacks but their next car is to be an all-electric 1200hp supercar. When asked if they were making the move to help save the planet the designer just shrugged and told the boys nope, it’s just the only way to get the performance that they want!

Heading up through the country other people have told them similar stories. There’s the Bristol bus company who has found that moving away from diesel to biogas has not only cut carbon dioxide emissions by a whopping 80% but has led to cheaper, more reliable buses. And the taxi drivers of Dundee are being forced into Nissan Leaf taxis and finding them easier to use and cheaper to run.

It’s not all been easy, though, and the weather has been playing autumnal tricks leading to an ‘off’ on ice for Fred in the Peak District; he was unhurt and the bike rode on with a few minor bends and scuffs. It got even worse as they headed North, eventually derailing their Highland hopes and leading to a massive detour around the Cairgorms to avoid snow at high altitudes. He says at least he was warm in the Belstaff Tourist Trophy jacket we supplied before they set off!

It all turned good by the top and the sun was shining as the Charging Bullet descended into John o’Groat’s. The 57 year old bike, filled with second-hand batteries and designed for the daily commute has completed 1,450 miles on electricity alone. Fred tells me it did run out once, due to a navigation error on the approach to Edinburgh and the van of shame had to be called out for the final mile. A quick calculation makes that a 99.9% success rate – better than most old bikes!

So what’s next? Fred says he’ll be happily putting the Charging Bullet into daily use as it was first intended. 2p per mile looks increasingly attractive as the cost of petrol creeps up and he describes the quiet, fuss free ride as ‘the distilled essence of motorcycling’. He seems pretty convinced this won’t be his last electric bike build and is offering a conversion service for your Enfield, or any other suitable bike, at Spaven Engineering (http://spaven-engineering.co.uk). If you would like to find out more drop him an email at:

The journey is not yet over for film maker Finn (http://www.finnvarney.co.uk) either and he’ll be spending the winter months editing the documentary together for release early next year. For more information when this becomes available keep an eye on:

Now we are waiting for the repaired body to come back, so anything outstanding on the rolling chassis… 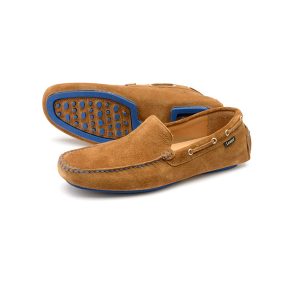