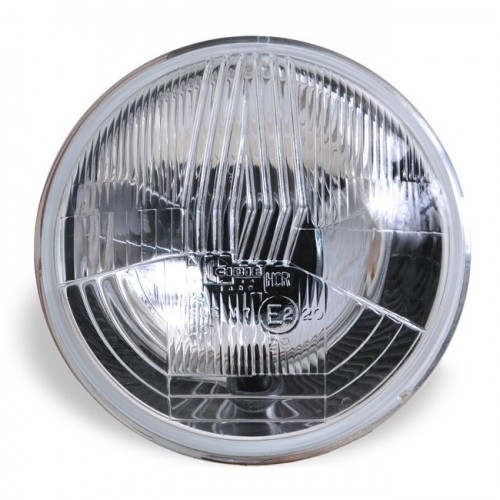 Drivers don’t tend to pay much attention to the lights on their cars unless of course, they’re failing. But as you know, they’re absolutely critical to a car’s overall functionality, and without them, it simply can’t run. That’s why it’s essential to install lights onto a classic car that are hardwearing, reliable and don’t require a second thought once you’ve hit the road.

While many believe that Lucas or Bosche are the largest producers of car lights, you may be surprised to know that Cibie actually takes first place.
Founded in 1919 by a young French technically talented man called Leon Cibie, the company benefitted from the get-go from his lighting expertise and enthusiasm. With a love for all vehicles, not just motor cars but aircrafts too, Cibie helped revolutionise what was, at the time, emerging technology and create robust and effective lighting systems.

At the beginning of the First World War, Cibie was asked to develop and manufacture lighting systems for night-flying aircrafts and broke new ground by inventing the world’s first mobile lighting system, in which the generator was controlled by a voltage regulator and was used to light-takeoff and landing strips.

The company continued to expand and by the end of the Second World War, the Cibie factory was located in Rue Haxo in the 20th arrondissement of Paris. Following the liberation of France, the company was nationalised and became the sole supplier of production headlamps for Renault – a relationship that continued for many decades to follow.

The factory in Rue Haxo was too small to keep up with the massive growth in Renault production and so it was transferred to Bobigny, where it covered nearly 12,000 m2.
In addition, Peugeot and Simca, as well as many other new customers, joined in using Cibie as their main supplier of car lights.

For the past few decades, Cibie have continued to be the top pick for driving lamps, sports lamps and fog lamps and have supplied to numerous motorsport teams and disciplines such as the Monte-Carlo rally and Le Mans series. The lights are very easy to fit, and classic motorists benefit from a powerful beam while enjoying minimised energy use and consumption.

The legendary Oscar is the most famous of all the sporting lamps, hailed throughout the motorsport world. Its trademarks include the chromed rim, black painted domed steel shell, and E marked hardened glass concave lens. It can also be used with a variety of lenses. Throughout the years, the Oscar has been fitted as original equipment to many of the worlds finest cars and used by many rally teams.

We’re proud to supply a huge selection of Cibie driving lamps, fog lamps and sports lamps, so head over to our dedicated Cibie page now and place your order.