It was a pleasure to see so many of you at Bringsty Grand Prix over the weekend. The event was an enormous success and we’d like to extend our gratitude to the organisers and supporters who helped bring this historic event back to Bromyard for the first time since 1947, including The Bromyard Speed Festival crew, Cotswold Youth MX and local land owners. You can see some videos and pictures of the day on our Facebook page.

As many of you already know from our previous blog updates, The Bringsty Grand Prix took place over two consecutive years in 1946 and 1947, with the latter being politically significant due to the large public rally that took place on the Common to protest the loss of the basic fuel ration for private motorists. The pressures of post war Britain were too much for the event to continue past this date, which is why it was so exciting to see it launch again in 2018 after last year’s pilot event to mark its 70th anniversary. Participants on the day included David Weaver, Marcus Doughty, Andy Carter, Alastair Garness, Vincent Hale, William Holden Jon Britton and many more, as well as Richard Williams who won the event and who is pictured below winning the Bringsty Grand Prix cup. The event was a classic ‘grand old scramble’, with ledges, bog watersplashes and steep climbs and as well as enjoying glorious weather, several participants commented on how the 1 mile period circuit was one of the best they’d experienced in years.

We’d like to once again thank everyone who made this event possible, and very much look forward to seeing its return next year. A big thank you to ESL Photography

Bringsty Grand Prix is a classic Motocross event taking place on Saturday 7th April 2018 from 10.30 am.…

March plays host to a number of interesting classic motoring events across the UK and beyond. Below we… 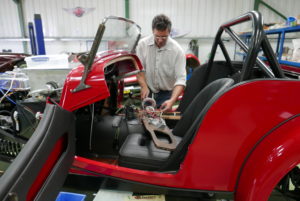 The Restoration of ‘Sol’ The African Rally Morgan +4 (Chapter 3) 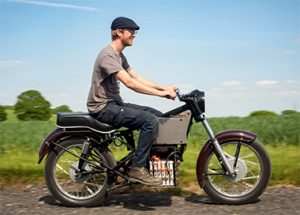