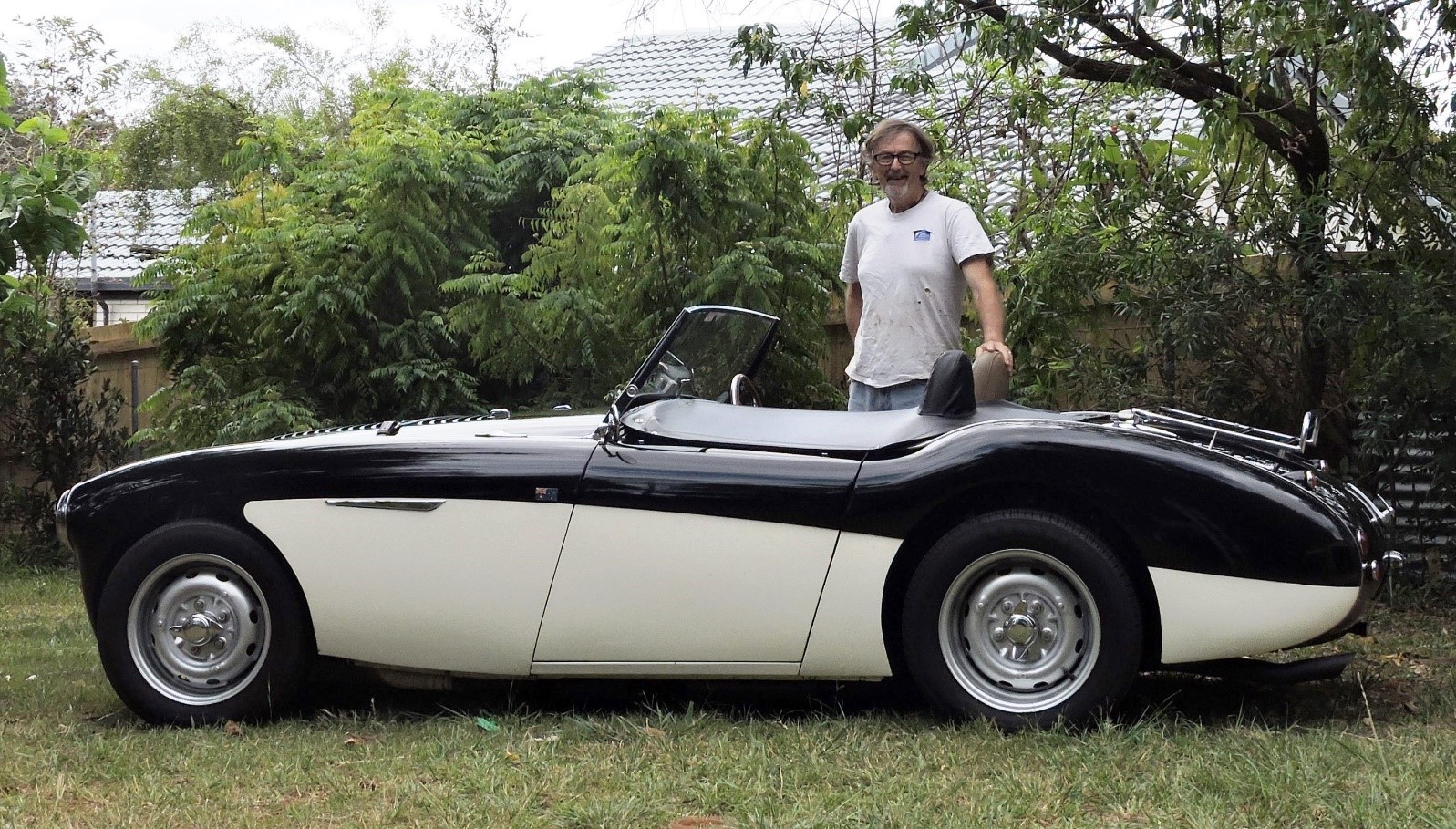 This week we are honoured to have spoken to Peter Linn, a lifelong classic car enthusiast and owner from Essex who now lives in Brisbane, Australia.

The current Healey was found in a paddock in NSW where it had sat for 20 odd years. Most of the mechanical bits were long gone, so it needed a replacement engine (3.8 litre Holden V6). The MG was bought from a friend as a project. The chassis is one from a car he owned in the ‘60s which he crashed. He then replaced the chassis and subsequently straightened the original one and collected bits to build another car. That’s what Peter bought. The body is a fibreglass Q type replica of which a handful were made in Melbourne.

A personal passion for restoration Peter gets a particular kick from building something out of nothing (or very little) as well as resurrecting cars that very nearly cease to exist. That was the case with both the Healey and the MG, and also the Ausca bodied car, which was built from scratch after finding the body in Victoria.

And in the Ausca bodied car (now sold) he required complete headlamp units, MGA tail lights, reflectors, indicator lamp lenses and a few other small parts.  When asked about his experience, he said, “HVC is the first place I refer people too when they’re looking in particular for electrical and hardware bits”. So how does Peter enjoy his projects once they’re finished? Well, as a member of GEAR (Golden Era Auto Racing), Peter told us he runs the Healey and the Ausca at the club’s two monthly track days at the 2 Queensland race tracks – Lakeside and Queensland Raceway. He also enjoys taking his classics to shows such as the annual All-British day. We are pleased that Peter has found the right hardware, electricals and accessories to help him enjoy his restored cars to their maximum potential and look forward to seeing what he has up his sleeve in the near future!