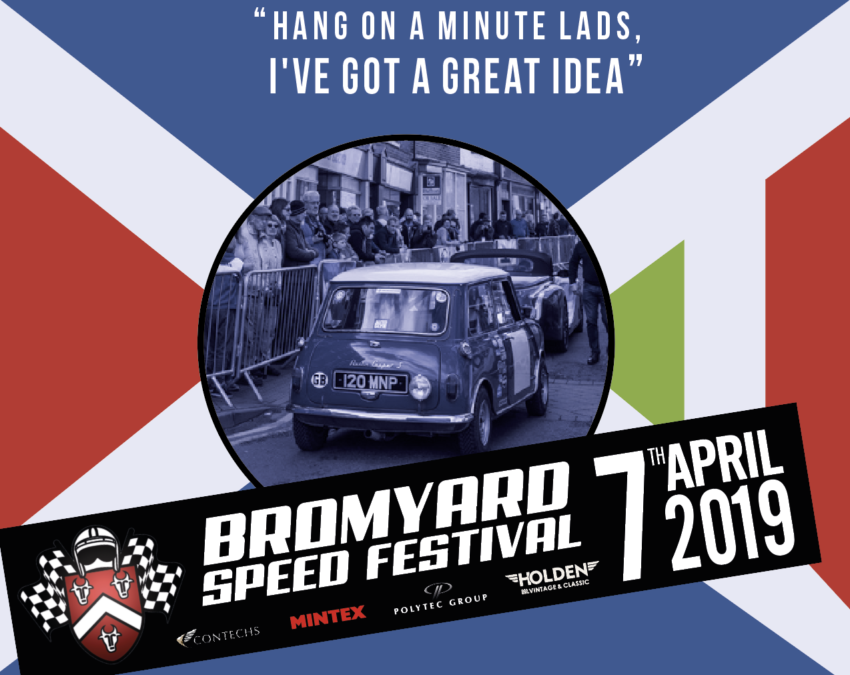 The popular Speed Festival returns to the streets of Bromyard on Sunday 7 April and for the fourth year running Holden Vintage & Classic are a of the event.

This year’s theme is the 60’s with over 100 cars and motorbikes entered, many from the golden age of motoring including classic Bentley’s, Jaguars and Aston Martins, parading around the town. To make it even more of a great day out for the family the centrepiece will be a re-creation of the bank robbery scenes from the iconic 1960’s movie, ‘The Italian Job’. The specially modified bus featured in the film will be used together with the three red, white and blue minis. The former Midland Bank will be where the explosive action will take place as a fitting tribute to the 60th anniversary of the Mini.

Festival Chairman Trevor Jones added ‘We are delighted to put on a day of free entertainment in Bromyard. Other attractions include a flypast by a World War 2 Spitfire, weather permitting, a period garage revival of Edmund Williams premises in Rowberry Street and costumes. We hope that many will turn up wearing 60’s fashion to evoke further memories of the fun that was had.’